Pay as you go

Data use by Vodafone app

Data use by Vodafone app

I keep a credit of £10 on this sim for emergencies

OK, I thought, £2 for testing the whole house at various times wasn't too bad

But then, after the first test, I was told I had reached my "daily allowance" and my credit was at £0

When I called Vodafone support (Egypt) I was told that the data test is not charged but that the Vodafone app, "like any other app" will use data

so BEWARE, using the vodafone app cost me £ 10 for around 40 seconds

Re: Data use by Vodafone app

That certainly does not sound correct.

If you didn't have a Big Value Bundle the default tariff is PAYG 1 where you would have been charged £1.00 per day on the days where there was an outgoing activity. When you accessed the Application, the phone would have used a small amount of data out of the 50mb daily PAYG 1 allowance but the speed test wouldn't have come out of the allowance.

It may be that the phone was using data in the background and was installing some updates, but you certainly shouldn't have been charged more than £1.00.

I am sure you are in a good position to get this money returned to you, speak to the Social Team here Contact Us and they will have the necessary account access.

Re: Data use by Vodafone app

Thanks for the reply and I will contact them ....thanks 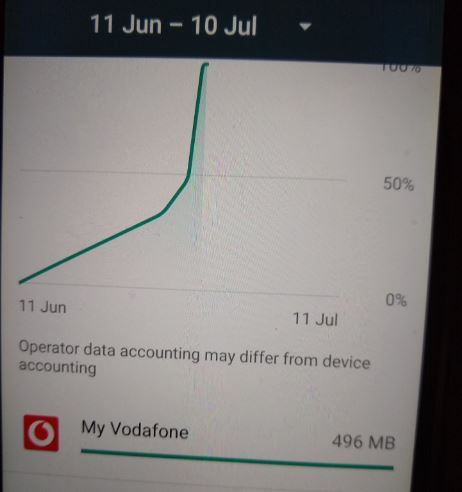 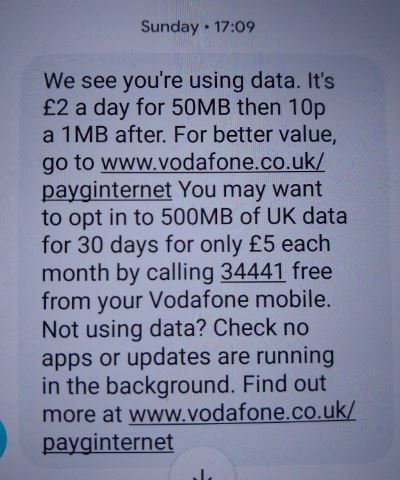