I was try to get my billion router to work with Vodafone. No luck at all.

Thought id give it one last go. Did a factory reset to get rid of any stuff people suggested in other posts so it was a clean slate. Had no problem getting the user name and pass code....

what i did this time was copied the username directly from the chat line.

The thing that made the difference was it was not dsl2567.... what ever your user name is.

as soon as I used the new user name with the 1 instead of 'L' it worked first time : )

Did nothing else to the set up at all. I don't think you need to : )

Thank you for sharing this @Anonymous - glad you got up and running in the end! I'm sure this will help others 😊 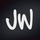 That's kind of odd because I'm pretty sure the username does begin with dsl (as in DSL). Depending on the typeface it can make an the letter "l" looks like the digit 1, but my username 100% begins dsl followed by nine digits. A monospace font is often easier to see such differences. I'm connected right now with that username format.

I can only relay the information that I found worked for me. I actually tried the user name again with dsl (DSLj and it didn't work. I copied the username directly from the post so it would not be possible for an error. By copying it directly I then observed the difference and confusion with the L and the1 so that can not be an error even if some people would like to tell me that I can't tell the difference between an L and a 1. I mean really! Get a life!

ive only posted this as a suggestion for people who have found authentication a problem and this could be the reason why.

i think I'll log out as I don't want to get involved with differences of what what works and what  should work. This worked for me and it's very likely that there are difference in usernames.

Interesting. To clarify, I wasn't doubting you or saying you were wrong. I reviewed my own setup, as I used a third party modem + router too and use the PPPoE details. Mine is 100% dslxxxxxxxx, but if it works for you with ds1xxxxxxxx then, it works!

It is quite possible not all usernames are equal. I thought they all started with dsl, but it's certainly possible as you've shown, this is not the case.

Sorry if that came across to you like that, that wasn't the intention.