2 weeks ago today I upgraded my contract and ordered a new Samsung S20 Ultra. It was apparently immediately despatched and due for next day delivery. The following day (Saturday) I was at home all day and at around midday got a text to say the DPD driver couldn't deliver as I wasn't at home....even though I was..

Delivery was rescheduled for the next day (Sunday) and this time I got a call from the driver to say he was outside. I went down and the package was left (along with another package I was expecting) outside the front door. The box didn't look damaged or tampered with, and I opened it with the pull-tab thing.

Inside the box was a cheap waterproof (see photo), and no phone. 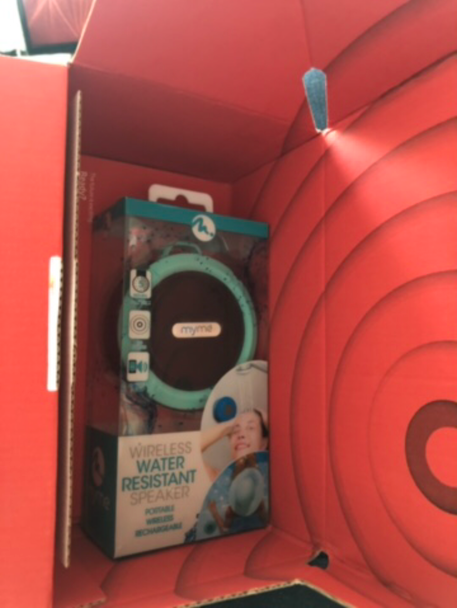 I've spoken to Vodafone over the phone and was promised a call back within 48hrs, which never happened. Contacted them via Twitter and told they would investigate and get back to me within 48 hrs, which they didn't. I followed up with them and they said "They investigated and found that the order was systematically dispatched correctly on our side. As for the speaker you received - we found that this isn't something we stock in any of our warehouses". They went on to say they were escalating this further and were contacting DPD - they were to get back to me within 5 days, which as you can probably guess, they didn't.

On day 6 I chased them again for an updates. The response I got was "I've checked and there's no update on this. Due to the nature of this case it's best if we escalate it to a higher complaints department. That way you'll have your own case handler that can investigate it more closely. You'll hear from them within 3 working days". That was 4 days ago. Now they aren't responding to me at all. Anyone have a direct number or something for their complaints team?

Re: New phone stolen before delivery

As far as I'm aware there is a direct number for the team and and an address in Help-and-information/complaints.

I wish you all the best with this.